Born in 1929 in Shanghai, Grand Master Shih represents the fifth generation of Chinese medicine doctors and qigong masters in his family lineage. He began his study of qigong at the age of eleven when he contracted malaria during the World War II Japanese bombing of Shanghai. At that time, his grand-father taught him a special qigong technique that cured his life threatening illness. Read More

De Ying Huang is the daughter of a famous medical doctor’s family in China. Her father, Huang Zenjne, taught his daughter about herbs and how to use them, letting her mix the herbs into medicines for his patients. Dr. Huang was educated in the traditional Chinese medical skills passed down through generations in her family. Dr. Huang worked side by side with her father in the clinic. Read More

Melanie Shih was born into a family with a long lineage of Traditional Chinese Medicine practitioners. Melanie represents the sixth consecutive generation of her family to dedicate their life to health and healing. Currently Dr. Shih has a Chinese Healing Arts Center clinic in both Kingston and Rhinebeck, N.Y. Read More

Wendy Shih was born in Shanghai 1967. When she was five years old, it was discovered that the bone marrow in her right arm had failed to develop leaving the bone in that arm as fragile as an egg shell. An initial operation left doctors baffled as to what to do and it seemed that eventually she would have to lose her right arm. Both of her parents are doctors of Traditional Chinese Medicine as well as Masters of Qigong. Read More 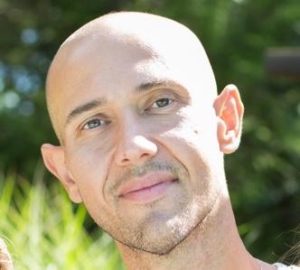